Austin McCrakken didn’t have a keeper in the boat at noon. By 2:30 McCrakken caught 15.33 pounds on a topwater a swimbait in the White River, enough to nail down the victory in the Webb Outdoors Pro tournament. McCrakken’s limit was anchored with a 4.57 pound largemouth that also earned him Big Bass honnors for the tournament earning $2040 for his efforts.

Second place went to Kent Dotson. Dotson’s limit weighed in at 15.15 pounds and was included the second big bass of the event a 4.44 pound largemouth. Dotson fished the mid lake area and reported catching all of his fish on a top water. Dotson earned $1260 for his efforts.

Third place angler Garry Bundy caught a few of his fish sight fishing but reported that when the wind came up he had to switch to a spinnerbait to fill his limit. His weight of 13.33 was enough for third and $750. 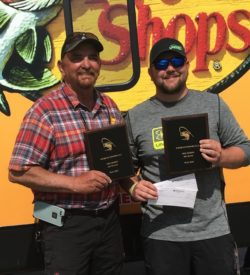 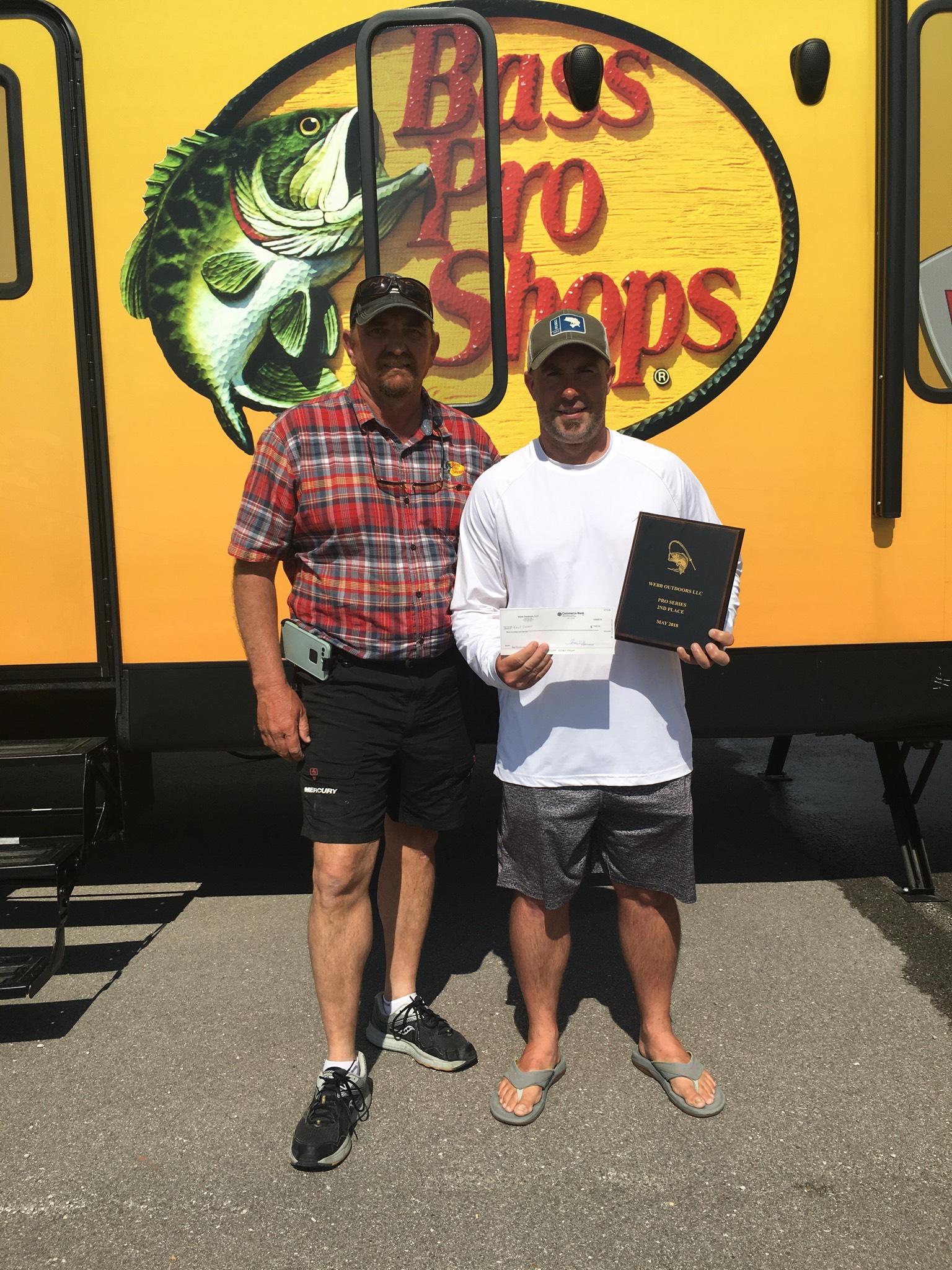 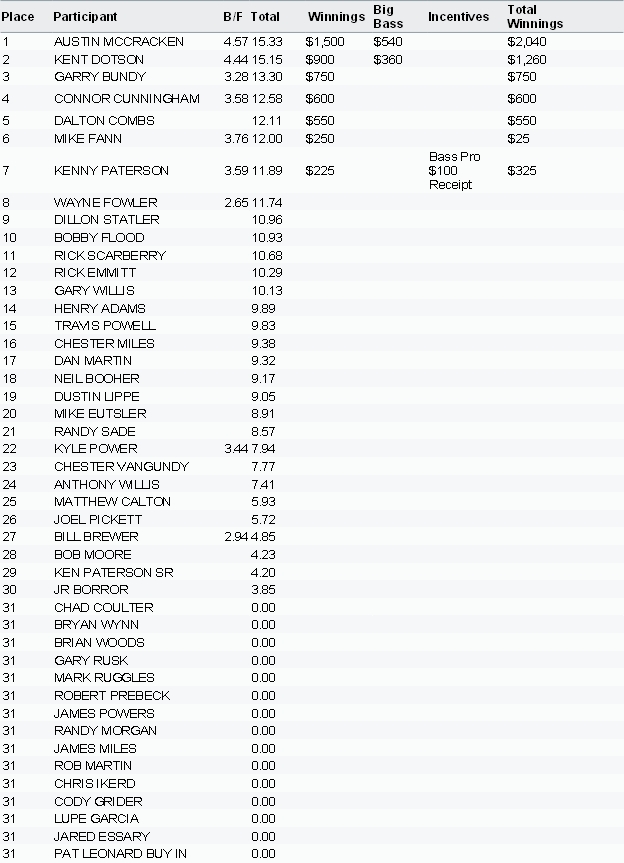