Veteran angler Dave Donham used his favorite stickbait to amass over 27 pound to win the Webb Outdoors Elite event on Table Rock Lake this weekend. Donham came from behind with over 14 pounds on the second day to take the top spot and over $3000 in winnings.

Second Place angler Shane Long sight fished for Table Rock bass that had just moved up to spawn this weekend. Longs two day total of 26.95 pounds was enough to take second and earn him $2000 for the weekend.

Third place angler Earl Garrison sight fished on day one and switched to a floating worm on day. His two day total of 26.64 included the big bass for the event a 6.25 pound largemouth caught on a floating worm. Garrison won $2000 for the weekend including big bass money. 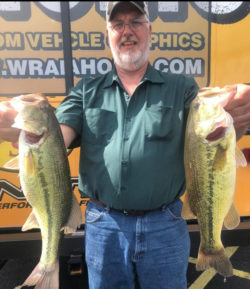 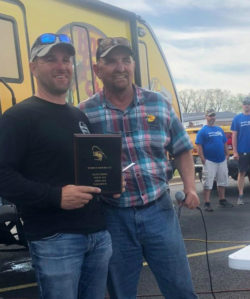 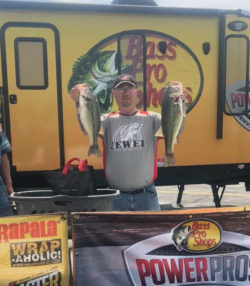 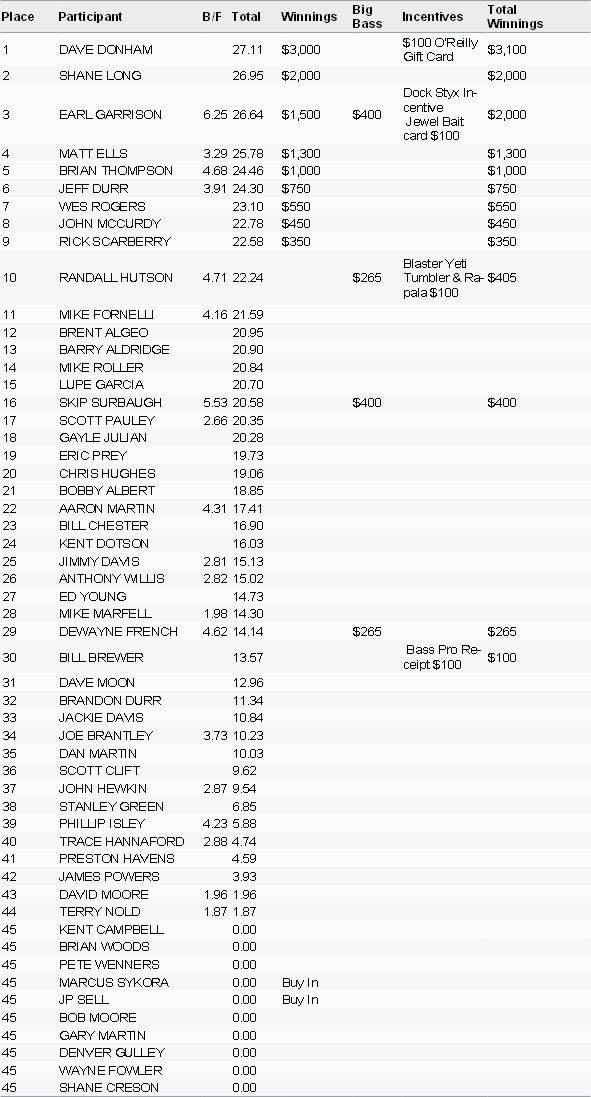