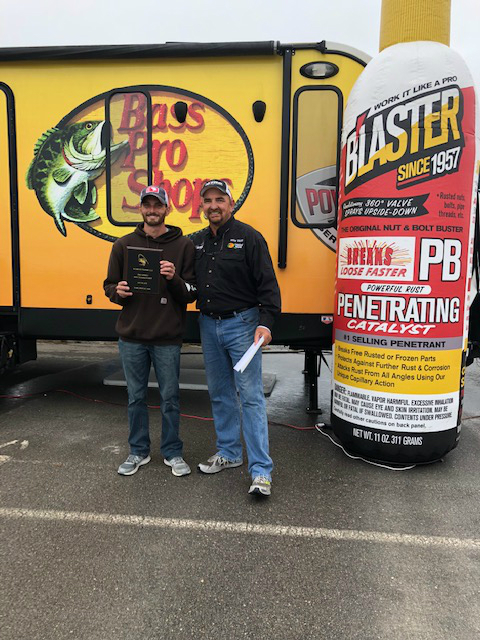 Cody Grider hangs on to win the 2018 Webb Outdoors Pro Championship. Grider fished a Whopper Plopper and Buzz bait in the upper James river to bring in the biggest bag of the tournament on Saturday and followed it up with another limit Sunday to weigh 28.06 pounds and capture the win. Included in his first day limit was the second place Rapala Big Bass a largemouth weighing 4.66 pounds. For his efforts Grider took home $2975 this weekend.

Second place went to Dustin Lippe with a 2 day total of 24.53. Lippe covered a lot of water fishing from Indian Point to the James River throwing a spinnerbait and top water concentrating on shallow fish the first day and moving out deep with a football jig the second day to fill his limit. For his efforts Lippe took home $1700,

Third place angler Gary Willis spent both days in the White River fishing a combination of a top water and shaky head to catch a two day total of 22.46 and take home $1000 for his work this weekend. 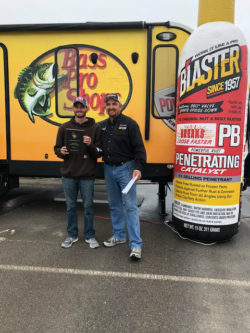 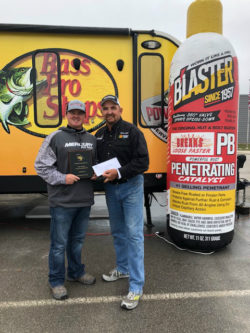 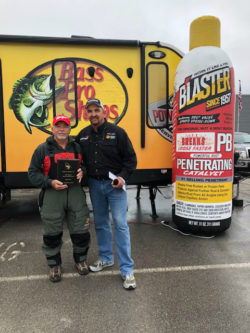 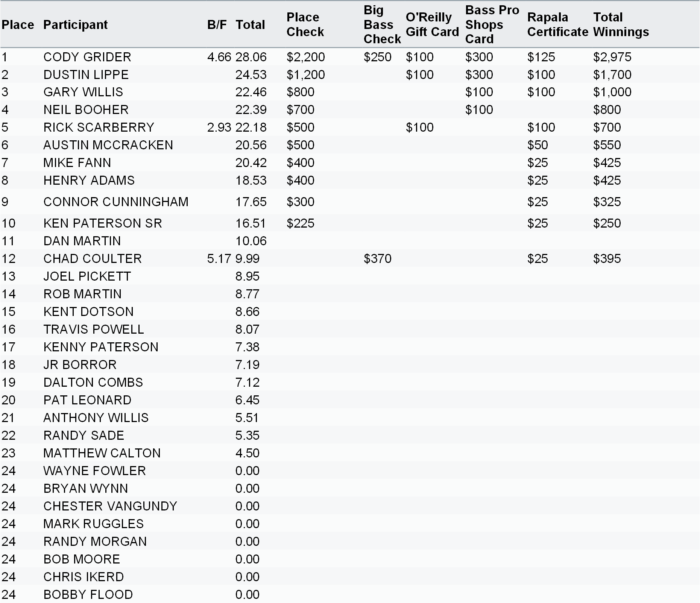